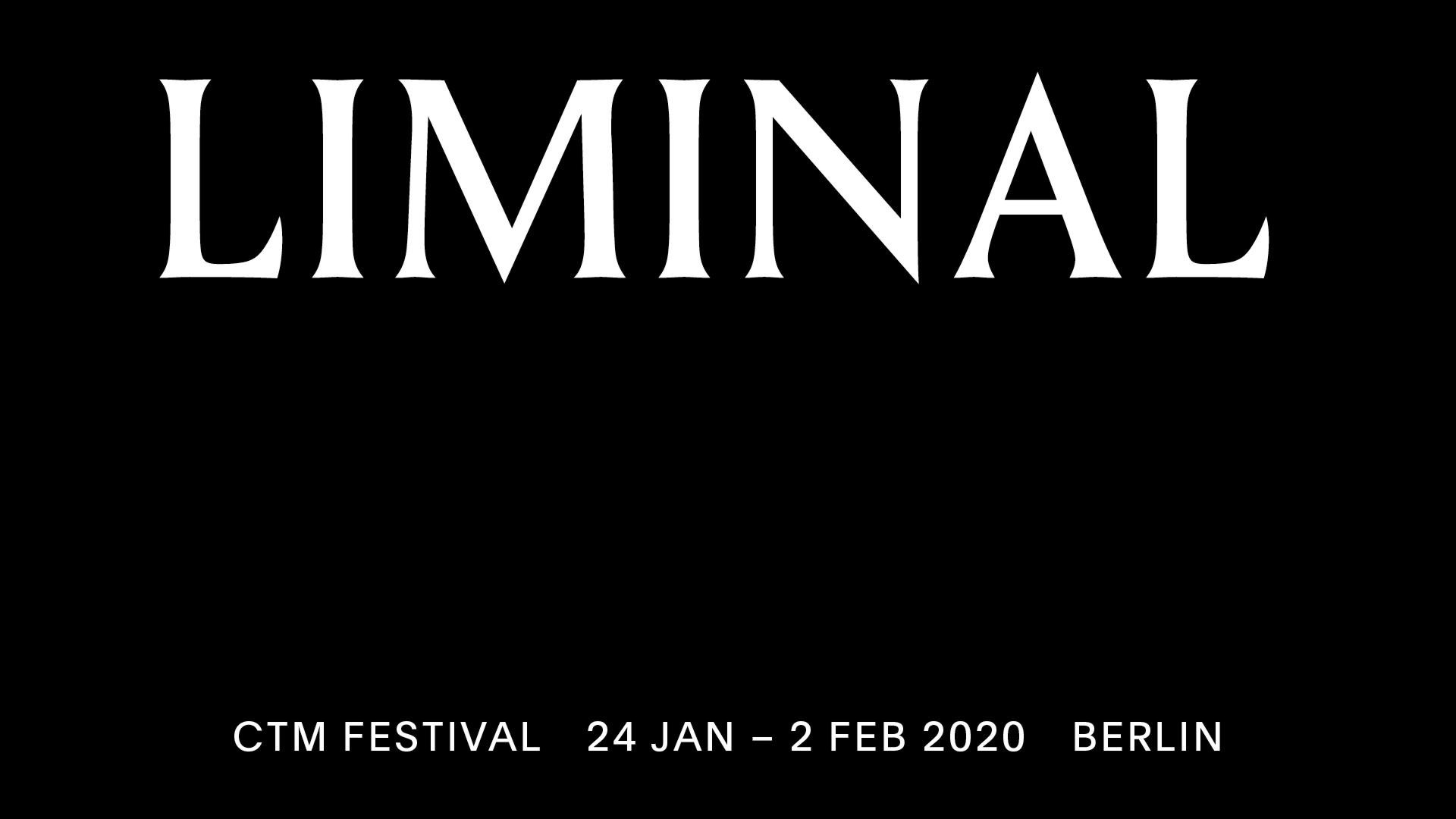 Berlin Ort: 10435 Berlin
We are living through liminal times. We bear witness to social and technological shifts, pushed and pulled by numerous processes of transformation. Due to cultural, ecological, geographical, and political negotiations, we find ourselves stuck between an unsustainable past and contestable futures. The well-known and familiar no longer promise stability nor certainty, but the solutions for an encouraging future often remain out of sight. We are in between. Amidst ambivalence and perpetual shift, we drift without assurance nor certainty. Entitled “Liminal," CTM 2020 throws itself into limbo in hopes of stimulating a critical discussion of our present and possible futures. Music has long been a site of negotiating boundary-disturbing experiences and acts of transgression. The liminal characterises many cultural, spiritual, and social practices and rituals associated with music. It is the fundamental challenging of norms and identities. At the same time it is a contact zone with the "other," the unconscious, and altered forms of being. So can it be used as a space for experimentation? As we rustle, challenge, disturb, and disrupt boundaries, can we tread through liminality to concoct and build new ways of being with one another? With this in mind, CTM 2020 examines the potentials of experimental politics in liminal spaces that, for now, must make do without tangible utopias.

Multiple calls are now open to artists and researchers worldwide. Students, and junior and senior researchers and scholars are sought for the Research Networking Day #RND call for papers, which looks for innovative and critical submissions in all areas of study addressing the scope of CTM 2020’s Liminal theme. Presented in collaboration with the UdK Berlin University of the Arts, Humboldt University, and the German Association for Music Business and Music Culture Research (GMM).

The MusicMakers Hacklab #MMHL led this year by Peter Kirn of CDM and Tad Ermitaño, will focus on how performance practice and invention can change the performer–making them someone or something else, making them newly visible, or making them entirely invisible. Under the title, Shapeshifters, the Hacklab will challenge participants to engage in collaborations that remake their onstage roles.

As always, CTM Festival will combine first-hand experience and critical reflection in a programme housed at various Berlin venues including longtime partners Berghain / Panorama Bar, HAU Hebbel am Ufer, and Kunstquartier Bethanien. Club events and concerts will be complemented by wide-ranging discourse and debate via daytime lectures and artist talks, a Hacklab, the CTM Exhibition, and more.

CTM Festival will take place parallel to and in collaboration with transmediale - festival for art and digital culture berlin. In the weeks before the two festivals, the Vorspiel programme will unite Berlin-based initiatives and venues in creating a city-wide programme of exhibitions, performances, artist talks and more.

The first CTM 2020 programme announcement will be out in October, along with Early-bird Festival Passes and the release of our 21st edition’s visual identity. Save the date!