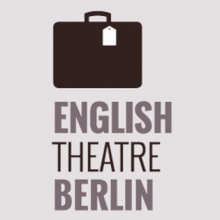 "Jaws" is a striking example of a cultural turning point: Just when the so-called counterculture seemed to finally dominate, preparations for a new era began. The names Thatcher, Reagan and Kohl and the economic terms neoliberalism, deregulation and privatization brought old values back to the fore and countered the ideas of counterculture. After ten years of youthful optimism, but also of mistrust, defeat and fear - Nixon and Watergate; defeat in the Vietnam War, oil crisis and economic decline - "Jaws" showed a society banding together in the face of a grave threat, recalling its old values and producing heroes again from its midst.

Overfishing of the oceans and species extinction also threaten the shark populations of our planet. In 1975, the great white shark had to serve as a powerful metaphor, and the film´s worldwide mega-success led to decades of demonization of an animal species. Using performative means - acting, dance, music, game show - "Jaws" examines a cultural icon for its (then) critical content and its (dwindling) relevance for a new view of things.
Vorgemerkt
Unterhaltung